A wave of strikes and other labor actions began in September in Britain, largely set off by workers’ frustrations that wages were not keeping up with soaring inflation. That wave is now intensifying, with hundreds walking off the job last week. About 600 workers with a nonprofit housing organization began a two-week strike, 200 employees of a brewing company went on strike and several dozen employees at a pickle factory walked out. (That could mean beer and pickle shortages over the holidays, according to the union that represents these workers.) But that may be just the beginning: Workers across industries including health care and transportation are poised to go on strike, and labor actions are planned every day through Christmas. The central issue in most cases remains pay, particularly in the public sector as the British government under Prime Minister Rishi Sunak seeks to make drastic budget cuts. Mr. Sunak has said he is working on “tough new laws” against these strikes.

Relief at the Gas Pump

Traveling this winter — if you are going by car — is likely to be much more affordable than it was over the summer, when gasoline prices in the United States reached a record national average of $5 a gallon. Last week, the national average price for gas fell to $3.33 a gallon, according to AAA, almost exactly where prices stood a year ago, when the national average was $3.34. The prices have been sent lower by a decline in worldwide energy demand and falling oil prices just in time for the holiday season. It is a rare bright spot for consumers who are still experiencing uncomfortably high prices elsewhere in the economy even as inflation is beginning to loosen its grip. But that could all change, as China eases its Covid restrictions and oil supplies tighten because of the new embargo on Russian oil.

China’s economy has suffered as a result of strict “zero Covid” policies that have shuttered businesses and set off record youth unemployment rates. But as the country begins to roll back those measures in response to widespread protests, economic uncertainty remains. Analysts say consumer spending is unlikely to quickly rebound after being stifled for so long, and the country is facing a housing crash as well as weakening demand from trading partners that may be approaching recessions. China is also bracing for a surge in Covid cases as its restrictions are lifted.Still, upbeat investors hoping for a recovering economy have lifted stock markets in Hong Kong and Shanghai.

For many consecutive months, officials at the Federal Reserve have disappointed — and spooked — investors eager to see the central bank slow the pace of its aggressive interest rate increases. But they may be pleased with the outcome of the Fed’s meeting on Wednesday, as Jerome H. Powell, the Fed chair, has signaled that policymakers would begin to moderate their approach. Analysts expect an increase of half a percentage point, as compared with the three-quarters of a percentage point raises at the last four meetings. As the Fed has tried to cool off demand and slow down the economy, it has been conscious of the fact that it could go too far and tip the country into a recession. “My colleagues and I do not want to over-tighten,” Mr. Powell said last month.

Ahead of Wednesday’s Fed meeting, officials will get one last piece of data to fill in the picture of the economy’s direction. The Consumer Price Index on Tuesday is expected to show inflation continuing to moderate, with analysts predicting that prices in November climbed 7.3 percent, down from 7.7 percent in October. Last month’s report was an encouraging development for both American consumers and Fed officials, who had begun to worry that inflation was becoming more entrenched and feeding on itself in a wage-price spiral, in which high prices prompt wage increases that then lead to even higher prices.

The fallen crypto mogul Sam Bankman-Fried has agreed to appear before the House Committee on Financial Services this week to answer lawmakers’ questions about the stunning implosion of the crypto exchange he founded, FTX. But even as he said he was willing to testify, promising to shed light on topics including what led to the crash and how his own failings contributed, Mr. Bankman-Fried curbed expectations with warnings that he “wouldn’t be as helpful” as he would like to be. He has also dodged similar requests from the Senate Banking Committee to testify, and the chairman of that panel, Senator Sherrod Brown, Democrat of Ohio, has told Mr. Bankman-Fried that he is prepared to compel his testimony by subpoena if he did not respond. These hearings are only a fraction of the array of inquiries the young crypto founder is facing worldwide, as investigators try to learn more about how billions of dollars of customers’ money disappeared.

Morgan Stanley is laying off 2 percent of its global work force. On Wednesday, Ramesh Balwani, Elizabeth Holmes’s No. 2 at the failed blood start-up Theranos, was sentenced to almost 13 years in prison for fraud. And Janet L. Yellen became the first female Treasury secretary to have her signature on U.S. bank notes, which were unveiled on Thursday.

Tags
Fed Off That Was With

Strike Ends at the New School and Parsons School of Design

Why Is Howard Schultz Taking This So Personally?

‘Buy Now, Pay Later’ Is the Victim of its Own Success 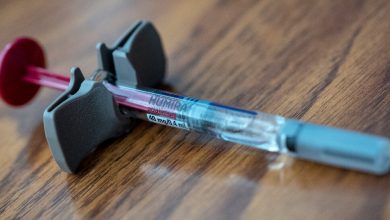 How a Drug Company Made $114 Billion by Gaming the U.S. Patent System