As the war in Ukraine heads into winter, Ramzan Kadyrov, one of the closest allies of President Vladimir V. Putin of Russia, is gaining more visibility and propagandist fodder through his connections with Ultimate Fighting Championship fighters and others in mixed martial arts.

And although the U.F.C. as a company has repeatedly said its business has no connections to Kadyrov and that it follows all laws, government officials in the United States say they are aware of the apparent ties between U.F.C. athletes and Kadyrov, the strongman leader of Chechnya who faces severe legal restrictions.

Kadyrov has supplied soldiers to support the Russian forces fighting in Ukraine and has been one of the most hawkish cheerleaders of the invasion, at one point calling on Putin to use a low-yield nuclear weapon against Ukraine. Kadyrov also owns several businesses tied to mixed martial arts that have been restricted by the Treasury Department for U.S. citizens and others looking to do business in the United States. The businesses include Akhmat MMA, a gym that trains and sponsors fighters, and the restrictions also keep people from doing business with Kadyrov.

Still, the main event for U.F.C. 282 on Saturday featured Magomed Ankalaev, who has been sponsored by Akhmat for nearly his whole career, competing for the light heavyweight championship.

Neither Ankalaev nor his opponent took the belt after a rare split draw. Still, the bout was the latest in a string of recent moments that have linked U.F.C. personalities with Kadyrov and people in his orbit.

Last month, three former U.F.C. champions visited Chechnya at the behest of Kadyrov, who was first rebuked with Treasury sanctions in 2017 and accused of a wide range of human rights abuses, including kidnapping, torturing and killing L.G.B.T.Q. people in Chechnya. Kadyrov was given additional sanctions related to the war in September, as were his wives and adult children.

The former U.F.C. welterweight champion Kamaru Usman, the former flyweight champion Henry Cejudo, and the former interim lightweight champion Justin Gaethje were pictured in November testing out grenade launchers and assault rifles at the Russian Special Forces University in Chechnya. The facility is used to train Russia’s special forces units, including those participating in the war.

Usman, Gaethje and Cejudo also attended a birthday party for one of Kadyrov’s teenage sons. For Usman, it was the third time he had visited Chechnya since 2020, and the second time since the Treasury Department imposed sanctions directly on Kadyrov’s M.M.A. businesses.

Ali Abdelaziz, an agent who represents Usman, Gaethje, Cejudo and Ankalaev, among many other fighters, did not respond to messages seeking comment. Neither did an agent for Chimaev.

On Twitter on Sunday, Gaethje said he had never met Kadyrov but acknowledged his trip to Chechnya. “Went for the kids birthday party,” he said. “I also like to shoot guns.”

The sanctions, which are broad, are generally designed to discourage people from taking actions that will benefit those facing restrictions financially or in other ways. Simple interactions could be subject to harsh penalties.

A State Department official familiar with the investigations of Kadyrov’s business dealings said in a statement: “The Department of State is aware of Kadyrov’s association with Chechen U.F.C. fighters.” The official was not authorized to publicly discuss the application of the Treasury sanctions and shared the statement on the condition of anonymity. Although the State Department had previously noted Kadyrov’s ties within combat sports, the statement is its first direct mention of athletes with the U.F.C. having ties to Kadyrov.

In October at U.F.C. 280, which was held in the United Arab Emirates, Chimaev sat cageside along with two of Kadyrov’s teenage sons, who are minors and not among Kadyrov’s children who have been named in the sanctions. Chimaev and one of the boys, who is 14, posed for a photo with Dana White, the U.F.C. president. The photo later appeared on an Instagram account associated with Kadyrov, who has long used similar photographs to burnish his reputation.

In a statement, the U.F.C. said it had “no contractual relationship or any commercial dealings with Ramzan Kadyrov” or anybody affiliated with him. It added that the more than 600 fighters from more 70 different countries were independent contractors, “who have control over many aspects of their careers, including where they train or where they live when not competing.”

The U.F.C. has at times told fighters not to work or be affiliated with certain people or businesses. Recently, the U.F.C. barred fighters from working with a gym and a coach because of investigations in at least two U.S. states and in Canada of suspicious betting patterns.

Shahroo Yazdani, a lawyer at the Washington-based firm Price Benowitz who specializes in Treasury sanctions, noted that a news release announcing the latest sanctions against Kadyrov specifically mentioned his association with mixed martial arts, and how he has recruited fighters for the war in Ukraine through his M.M.A. clubs.

“With that specifically noted in the designation, it’s going to be very interesting to see what happens with his M.M.A. associates,” Yazdani said. “We may well see more fighters stopped at airports and potentially even more designations related to those working with his M.M.A. club.”

After U.F.C. 280, Chimaev scuffled with a fighter who is the cousin of the former U.F.C. lightweight champion Khabib Nurmagomedov. Kadyrov later posted a screenshot on Instagram of a video call with both fighters and proclaimed that he had resolved the “misunderstanding” between them.

“I have made sure of it personally,” Kadyrov said in the caption on his post.

Abuzayed Vismuradov, a colonel for Kadyrov’s militia who is considered to be one of the most powerful men in Chechnya and who operates Akhmat MMA, posted a video on Instagram with the fighters showing that the conflict had been resolved.

Also in the video was the retired champion Nurmagomedov, as well as Islam Makhachev — who had captured the lightweight title at U.F.C. 280. In front of the men, a U.F.C. belt was propped up on a table.

“The dogs bark, the caravan moves on,” Vismuradov said in a caption in the video in which he also praised Kadyrov directly and closed with the battle slogan for Kadyrov loyalists: “Akhmat Power.”

In 2019, Vismuradov received sanctions from the U.S. Treasury Department, which said that he “was in charge of an operation that illegally detained and tortured individuals on the basis of their actual or perceived LGBTI status.”

Chimaev, a Chechen-born Swedish resident who trains at Allstars Training Center in Stockholm, has maintained a well-publicized relationship with Kadyrov since joining the U.F.C. in 2020. On Sunday, Chimaev posted a video on Instagram of a training montage alongside Kadyrov’s teenage sons and members of his Allstars team in Dubai. The video was reposted by the account affiliated with Kadyrov, and both were captioned with the “Akhmat Power” slogan.

Chimaev’s two most recent fights have taken place in the United States, and Ankalaev appeared to have been in the country for more than a month ahead of his bout on Saturday. However, some Akhmat MMA fighters have struggled to secure U.S. visas in the past few months, a potential sign of difficulties the U.F.C. could face if the U.S. government increases its pressure.

Maxim Grishin, a Russian-born Akhmat MMA fighter, was scheduled to fight in Las Vegas on Nov. 5, but his bout was abruptly canceled just days ahead of the bout. Grishin said in an interview with a Russian news outlet that he struggled to secure a visa.

Kadyrov, front, celebrating during a mixed martial arts tournament in Grozny, Russia, in 2015.Credit…Sergey Ponomarev for The New York Times

Grishin said he didn’t believe his affiliation with Kadyrov led to his travel difficulties, but also revealed that he was advised not to publicize their friendly relationship.

“I was told that it is better not to associate myself with the Akhmat Fight Club, which I am a representative of,” Grishin told Match TV in an interview that was also picked up by Russia Today, the country’s state-controlled English-language news outlet. “But this is not just a contract, we have brotherly relations. I considered it cowardly. Sport is separate from politics, why should I hide something? I don’t do anything bad to the universe, why should the universe do bad things to me?”

The U.F.C. declined to answer questions about Grishin. When asked about denials of visas to Russian nationals, a State Department spokesperson said that visa records were confidential and that by law it could not provide details about individual visas.

In September, the State Department announced visa restrictions against 910 Russians in response to the invasion of Ukraine, as well as sanctions against other key Russian officials.

“We will hold to account any individual, entity, or country that provides political or economic support for Russia’s illegal attempts to change the status of Ukrainian territory,” U.S. Secretary of State Antony J. Blinken said in the announcement.

Tags
Said That Was Who With

Day 13: For a Celebrated Chef, the Tastes and Smells of St. Lucia Day in Sweden Linger 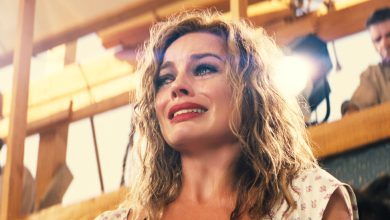 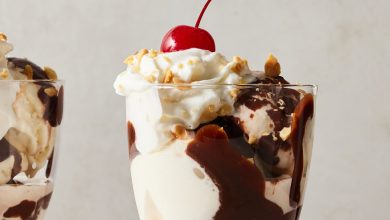 3 New Chocolate Desserts for Everyone You Love
12 mins ago