On a windswept morning last spring, Mom Leveille slipped into a flowing red dress and high-heeled sandals and headed to a ballpark in Brooklyn, her nerves jangled. A Cambodian refugee, Ms. Leveille had applied for U.S. citizenship nearly two years earlier, and, finally, the moment was nigh when she would take a permanent oath of allegiance to the country where her family had found safe haven.

In the stands of Maimonides Park, she joined 250 people from 65 countries who were sworn in by judges wearing their formal black robes. Like Ms. Leveille, 39, many of the new Americans had waited more than a year to be invited for the naturalization ceremony since first submitting their applications.

She wiped away tears that day as she rose to deliver a speech about the security, the electoral voice and the responsibility that came with becoming a citizen. “It was a very, very long process, and it was very emotional,” she said.

Across the country, naturalization ceremonies are making a comeback, in parks, sports arenas and courthouses, after a long hiatus caused by Covid-19 lockdowns that suspended public gatherings, shuttered immigration offices and put thousands of citizenship applications on hold.

Nearly one million immigrants became citizens in the fiscal year that ended Sept. 30, the most in almost 15 years and the third-highest number ever, according to a recent Pew Research analysis, demonstrating the increasing impact of immigration on who lives and works in the United States — and who votes.

“People have incentives to become citizens,” said Jeffrey S. Passel, a senior demographer at Pew Research, who co-wrote the study based on government data. “The numbers have not only rebounded. They are reaching levels we have rarely seen in our history.”

The total number of people seeking to become citizens is not reflected in the year-end data and is actually much higher because of the pileup of applications. Some 670,000 naturalizations are still pending. 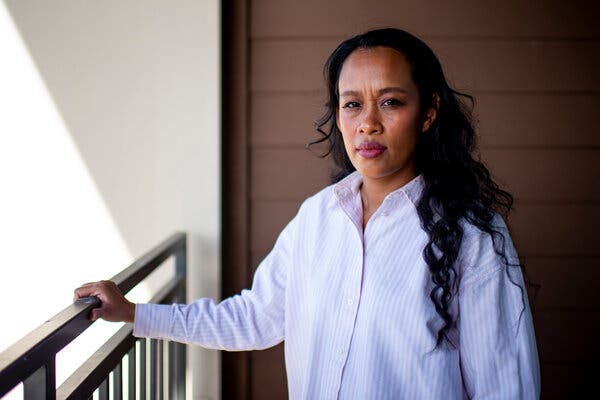 After first submitting her application, Mom Leveille waited about 20 months to be invited for a naturalization ceremony.Credit…Emil Lippe for The New York Times

The Biden administration has taken several steps to streamline the process, such as simplifying forms and redirecting interviewees from cities whose immigration offices are stretched to those that have capacity. That has helped reduce the backlog of pending applications from more than a million in December 2020.

U.S. Citizenship and Immigration Services, the agency that handles the applications, also announced recently that it would soon conduct a trial of a redesigned naturalization test intended to be more fair and consistent. For the oral assessment, candidates will be asked to describe three photographs of everyday activities, the weather or food. The goal is to test ordinary use of English, rather than to rely on complex questions whose answers may differ considerably based on immigrants’ personal histories and countries of origin. (Applicants will still be asked separately to respond in English to security questions as part of the review.)

“It is good for the nation for people to join it in the fullest way that they can,” said Ur M. Jaddou, the director of U.S.C.I.S. “That has been a priority since the beginning of this administration.”

The Biden administration initiatives are a reversal from those of the Trump administration, which increased scrutiny of applications and made the citizenship test more cumbersome and challenging as part of its agenda to curb legal immigration.

But that administration’s immigration posture backfired, awakening many longtime legal residents to the fact that a green card does not shield them from deportation. And many felt compelled to seek citizenship in order to cast a ballot.

“Deliberately depressing naturalization rates was one of the most shortsighted strategies pursued by the Trump administration,” said Wayne A. Cornelius, the founding director of the Center for Comparative Immigration Studies at the University of California San Diego.

“The uptick under Biden mainly reflects the insecurity caused by incessant demonization of immigrants by Republican politicians, as well as greater confidence that they can pass the revised test,” he said. (President Biden reinstated the previous test after he took office, in preparation for revamping it even further.)

Ms. Leveille had lived in the United States for more than three decades, raising four American-born children, before deciding to become a citizen. “I had a green card and had never given it another thought until Trump became president,” she said.

At that point, she said, “I realized that I needed citizenship to be safe.”

Ana Maria Schwartz, an immigration lawyer, in her office in Houston.Credit…Ilana Panich-Linsman for The New York Times

Many immigrants were moved to naturalize after the assault on the Capitol on Jan. 6, 2021, said Ana Maria Schwartz, an immigration lawyer in Texas. She said she was seeing an increase in the number of clients seeking assistance with citizenship applications.

“They want to make sure the United States is the safe and stable place they came to,” Ms. Schwartz said.

A green card had sufficed for MiguelEscobedo, 56, a Houston resident who was brought to Texas from Mexico as a toddler. His legal resident status enabled him to serve in the National Guard and the U.S. Army. But in early 2021, he said, he felt increasingly disturbed by the hateful rhetoric and violence engulfing the country.

“What the hell was happening?” Mr.Escobedo said. “With the direction I was seeing my adoptive country heading, I wanted the right to vote.” He hired Ms. Schwartz to help expedite the citizenship process and took the oath in April.

Immigrants who demonstrate continuous permanent lawful residence in the United States for at least five years, or three years if married to a U.S. citizen, are eligible to apply for citizenship. They must pass background checks, submit a bevy of supporting documents and pass civics and English tests during an interview.

A spike in naturalization applications occurred in 1997, after 2.7 million undocumented immigrants obtained legal status under a 1986 amnesty program, which made them eligible for citizenship years later. The number of applications also soared in the 2005 fiscal year, before a fee increase.

The government fees now total $725, and hiring a lawyer can add several thousand dollars to the cost.

The population of naturalized citizens in the United States tripled between 1995 and 2019, to 22.1 million from 7.6 million, according to Pew estimates. The share of all eligible immigrants who were naturalized has climbed steadily, to nearly two-thirds in 2019 from 38 percent in 1995.

Newly minted voters could be crucial in states like Pennsylvania, Nevada, Michigan and Arizona, whose large naturalized-citizen electorates have been influential. Many more permanent residents in such battleground states are likely to naturalize in coming years.

“With the direction I was seeing my adoptive country heading, I wanted the right to vote,” said Miguel Escobedo, a U.S. Army veteran and naturalized U.S. citizen from Mexico.Credit…Ilana Panich-Linsman for The New York Times

Some nine million immigrants in the United States are legal permanent residents eligible to obtain citizenship.

Less than half of those from Mexico, El Salvador, Guatemala, Honduras and Japan are naturalized, compared with at least 80 percent from Cambodia, Iran, Laos, Poland and Vietnam.

In addition to conferring the right to vote, citizenship allows people to serve on a jury and to sponsor other family members for U.S. residency. It also gives them access to certain federal benefits and government jobs.

Yet, even with the Biden administration’s efforts to speed up the process, it will take a while to make a significant dent in the citizenship application backlog, experts said.

“Things are going in a positive direction, but it’s hard to catch up,” said Xiao Wang, the chief executive of Boundless, a technology company that helps families navigate the U.S. immigration system.

“They are getting more people naturalized,” he said, “but the wait time is still long, 15 to 18 months.”

Boundless estimates that nearly 300,000 would-be citizens should have been eligible to vote in the 2020 elections but were unable to cast a ballot because of the suspension of naturalization services.

With pandemic restrictions lifted, U.S.C.I.S. has begun holding naturalization ceremonies in large venues. On Dec. 7, nearly 2,000 immigrants from 120 countries were sworn in as U.S. citizens at Wintrust Arena in Chicago.

Alex De Mola, an Italian immigrant, submitted his application in September 2020. More than a year went by, and he did not hear a peep from the government.

“I think my files were buried in a cave during Covid,” he said. “I thought they were lost.”

Finally, he was invited for an in-person interview in April, passed the test and attended a naturalization ceremony the next month.

“I didn’t want to be a person caught between two worlds,” said Mr. De Mola, 39, who runs an online skin care retailer in Austin, Texas. “I want to spend my life here. I want to vote, have an impact on society and make choices as a citizen.”

Tags
From Said That Was Who 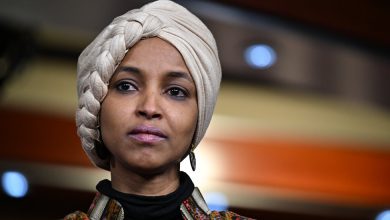 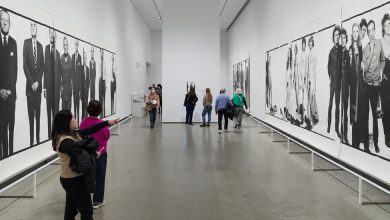 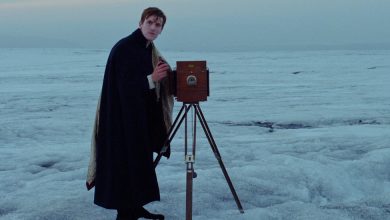 Avedon at Large
24 mins ago

Felix Gonzalez-Torres, a Master of Mutability
60 mins ago