When Ruchita Chandrashekar decided to move to Bengaluru in November for a new job, she thought she had the perfect plan for avoiding the problems that come with house hunting as a single woman in India. She would find an apartment with a married friend whose husband was working in Paris — and they would say they were sisters.

They were both professionals, in their 30s, with a sizable budget. Alas, they were still women unattached to men.

Brokers asked if they could promise to never bring men over. To never drink. To never, really, have a room of one’s own. Several places they thought they’d secured fell through — into the arms of families.

“Sometimes, this is a nice life,” Ms. Chandrashekar said over a light lunch in Bengaluru, also known as Bangalore, where she works in organizational development for a tech company. “But then you meet all of these structures, like your landlords.”

“There is always something to fight for,” she added.

As they delay or reject marriage and live on their own, single working women like Ms. Chandrashekar are making their case for greater freedom from India’s conservative norms. While they are a sliver of the country’s total population, they still number in the tens of millions, and their often infuriating quest for housing is a barometer for the country’s promises of modernization and rapid economic growth.

Ruchita Chandrashekar in the apartment she found after a difficult search.Credit…Saumya Khandelwal for The New York Times

For years now, Indian women have been racing into higher education, with government figures from 2020 showing they now enroll at higher rates than men. And yet India is still one of the most male-dominated economies in the world.

Just under 20 percent of Indian women engage in paid work, compared with 62 percent of women in China and 55 percent in the United States, according to World Bank figures. Many women work in informal jobs in an economy that has failed to produce enough formal work for a growing population of 1.4 billion people. The unemployment rate is currently above 8 percent, according to data released this month.

But if women were represented in the formal work force at the same rate as men, filling some jobs and creating others, India’s economy could expand by an additional 60 percent by 2025, according to some estimates.

With this in mind, Prime Minister Narendra Modi asked state labor ministers in August to come up with ideas for harnessing women’s economic potential. A good place to start, many say, would be the obstacle courses of life that exist for women outside the office or factory.

Working women living independently in India’s cities — whether single, divorced, widowed or living separately from their partners — face endless sermons from strangers. They pay more for a narrower selection of housing. Worried about sexual violence, friends track one another by phone until they reach their destinations.

And still, they endure men who expose themselves at bus stops or landlords who, if they don’t reject them, impose curfews and then waltz into their rented spaces unannounced.

“There is no lack, no dearth of aspirations in women, but still, our social and cultural shackles are so strong that they are curbing their freedom,” said Mala Bhandari, founder of the Social and Development Research and Action Group, which studies gender and conducts training for businesses.

“Women know their rights,” she added. “But when women become assertive for their rights, then the patriarchy, which is still so dominant in our society, plays its role — its spoiled role.”

Many Indian women take precautions to protect their safety when away from home.Credit…Saumya Khandelwal for The New York Times

Amartya Sen, the first Indian to win the Nobel in economic science, has called India “the country of first boys.” He argues that the nation has made high-achieving men a cultural obsession, at the expense of nearly everyone else.

Women have only recently entered the fray in large numbers. The economic liberalization that started in 1991 led both to more female university students and more encouragement for them to study away home.

Many started out in single-sex “paying guest,” or PG, hostels loosely attached to colleges — private or government housing with shared rooms and food provided by adults seen as secondary parents.

Often, women like Ms. Chandrashekar’s mother — who set aside a law degree when she graduated and quickly married — pushed their daughters away from rigid ideas of gender. As birthrates have fallen to two children per woman in India, fathers have also invested more in girls’ education, with a mix of pride and fear.

The 2012 gang rape and murder of Jyoti Singh, a 23-year-old physiotherapy student in Delhi, led to new laws and programs for protecting women. But by the rawest of measures, they have had little effect: In 2021, the last year for which data is available, India recorded 31,677 rape cases, up from 24,923 in 2012 — a per capita rate below some countries, though sexual assaults tend to be underreported, complicating comparisons.

In interviews with more than a dozen unmarried working women in greater Delhi, Bengaluru and Mumbai, safety emerged as the top concern in choosing jobs and housing. They did everything possible to shrink the distance from home to work. And they all had torments to share: being slapped on the rear by a man on a motorbike; fleeing a drunk taxi driver; running away from men howling for attention.

Nayla Khwaja faced a curfew in one of her rentals.Credit…Saumya Khandelwal for The New York Times

The mean age for a woman to marry is around 21 in India. Single professionals from 23 to 53 said they felt more vulnerable because men saw them as sexually available, if not immoral.

“They think women should live according to a certain way,” said Nayla Khwaja, 28, who works in communications in Delhi. “And if somebody is doing something out of that way, then that is something to notice.”

Many landlords see renting to single women alone or in groups (and single men, to a lesser extent) as a risk — to the stability of families, to the reputations of neighborhoods.

Dinesh Arora, 52, a broker in middle-class South Delhi, said few landlords rent to single women because they oppose their separation from family, or fear judgment if something goes wrong. India’s rental market is more personal than transactional: Owners tend to see their property — even apartments they rent out — as their responsibility. Neighbors and the authorities tend to feel the same way.

“When you live in a small community, everyone worries about what’s happening next door,” Mr. Arora said between calls in his two-room office with an open door to the street. “When you see on the news all the crimes taking place, you worry.”

Among those who lease to women, higher rents, surveillance and paternalism are often the urban norm. Even if they rise at work, many women end up back in paying guest hostels, with curfews at 9 or 9:30 p.m. and bans on drinking, smoking and male guests. A renter’s religion, sexual orientation or caste can limit options even further.

Ms. Khwaja, who is Muslim, recalled a night when she was out late filming an event and the hostel where she was living in Delhi wouldn’t let her back in.

After Susmita Kandadai, 27, paid for an apartment in Pune, a city southwest of Mumbai, the landlord’s lawyers sent her a lengthy agreement demanding that she never allow visitors, including relatives, and always be home by 9 p.m.

She refused and found herself in the landlord’s kitchen — he lived downstairs — receiving a lecture from his wife about clothing choices and missing values. She fled a few days later, after the landlord grabbed her by the arm during another harangue.

“I just got so scared,” she said. “I moved right out of there and slept on a friend’s couch.”

When women find a place that works, they hunker down. Meera Shankar, 59, the daughter of a female novelist known as Triveni, rents rooms, with no curfew or visiting rules, in her Bengaluru apartment to women in finance and education who have stayed for years.

The women who stay with Ms. Shankar tend to do so for years.Credit…Saumya Khandelwal for The New York Times

Farther south in Bengaluru, Ms. Chandrashekar, who worked as a therapist before switching to tech, eventually got lucky, too: She found a tiny one-bedroom through a builder who had put up his sign on a complex still under construction. He was in his 20s and seemed to understand the challenge singles face.

The apartment is a 20-minute commute from work, and a friend lives a block away. As Ms. Chandrashekar unpacked on a recent Sunday, her face brightened with anticipation.

“I want to put, like, a nice three-seater couch there,” she said, pointing to a wall by a window. “I want some new light fixtures, maybe from Ikea.”

Her eyes darted toward the door as construction workers could be heard clomping up the outer stairs — men who would notice a woman living alone.

When the building quieted down again, she relaxed, willing herself to positivity.

Ms. Chandrashekhar happened upon an ad for a new building, and the builder seemed to understand the challenges single women face.Credit…Saumya Khandelwal for The New York Times
Tags
From She That Who Work

Why China’s Shrinking Population Is Cause for Alarm 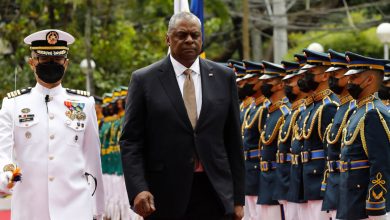 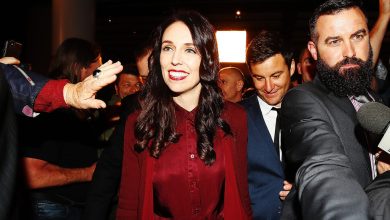 Avedon at Large
28 mins ago